Last month Stellar Resources presented at the 2015 International Tin Forum in Shanghai, one of the biggest industry events of the year.

During the Forum there were many interesting and uplifting presentations from tin professionals and experts, including Tianneng Power, one of the two leading Chinese motive battery producers.

In a detailed presentation, Tianneng Power forecast that China’s lead-acid battery industry – which uses tin to reduce corrosion and increase battery life – will rapidly grow over the next few years. The lead-acid battery is the oldest and one of the most trustworthy types of rechargeable battery, and its large power-to-weight ratio and low cost makes it an attractive prospect for use in electric vehicles – an industry which is booming in the Far East.

Tianneng revealed that battery production in China has risen by 55% in the last three years, attributing this surge to the country’s demand for clean power and travel. Ownership of e-bikes for example, which use lead-acid batteries, has now reached a huge 190 million in China; with 30 million being sold last year alone. The ownership of four-wheeled electric vehicles, also powered by lead-acid batteries, has increased as well: doubling to 400,000 in the last two years.

It’s not just clean vehicles that the Chinese are seeking either – but clean energy as well.

Concluding its presentation, Tianneng predicted that the use of tin in the lead-acid battery industry could increase from almost 12,000 tonnes in 2014 to 17,600 in 2018. This is exciting and positive news for Australian tin explorers and developers such as Stellar Resources, with a premium location giving easy-access to the Chinese market.

A record 300+ delegates were in attendance with Stellar at the event between 18 – 20 May, including tin miners, smelters, traders, fabricators and consumers from around the world. The Forum offered international attendees a window into the world’s largest tin market, while providing the Chinese industry with a clear view of trends in global supply, demand and prices.

During the Forum Stellar Resources gave a strong presentation informing attendees about its Heemskirk Tin Project, which is the highest grade undeveloped tin project listed on the ASX. Managing Director Peter Blight enthusiastically explained how Stellar’s project is in a premier position in Australia’s most productive tin field, and how they are poised to embark on a DFS for the Heemskirk project this year with PFS optimisation currently well underway.

ITRI also gave a formal presentation on the main day of the Forum which covered a number of the year’s principal issues, such as imports of ore and concentrates from Myanmar, technology changes in the electronics solders business and rapid growth in newer applications like lead-acid batteries.

The Forum’s key topic of interest was the unexpected increase in the 2014 tin mine production and its subsequent role in the fall in the price of tin, particularly in the second half of the year. While production increases were widespread the single biggest impact came from artisanal production in NE Myanmar.

According to the latest statistics, this production may have peaked in January of this year, however ITRI reported a continued, yet modest, increase of 5,000t year on year in 2015. Discussions at the event suggest that despite this, as high cost producers react to weak tin prices, the resultant cuts in refined production elsewhere should more than offset higher production from Myanmar.

Additional presentations at the Forum showed that demand in the tin market is looking stronger than expected, with above trend growth forecast for 2015 after a strong recovery in 2014. This is good news for developers and explorers such as Stellar Resources, who left the Forum with renewed confidence.

Bloomberg’s Chanyaporn Chanjaroen reports on Australia’s largest tin miner boosting supplies despite cuts in sales from Indonesia. The company plans to increase output by about 14 percent, despite a two-year slump in prices. ITRI‘s Peter Kettle reacted positively to the news saying, “Myanmar and Australia are really the only things that stand out in terms of supply increase.” The mine in Tasmania has produced 6,000 to 8,000 tons annually for more than 40 years. The news is encouraging for Stellar Resources as it continues to expand activities around its Heemskirk Tin Project, also located in Tasmania, to realise its goal of becoming the second largest tin producer in Australia.

To read the full article, click on the link below:

Earlier this year, ITRI, the global tin association formerly known as the International Tin research Institute, completed its fourth major review since 2008 of the medium to long-term outlook for the industry. The fundamental conclusion of this study was that there is a high probability of a tin shortage developing within the next five years, even if growth in usage is slow.

To read the full article by Peter Kettle, Manager – Markets – ITRI Ltd, click on the link below:

According to ITRI a proposed new Bulletin Board system will enable tin sellers to deal with individual customers directly outside of the current auction system. This initiative is being spearheaded by the Indonesia Commodity and Derivatives Exchange (ICDX) to boost participation by international tin buyers.

The Small-to-Medium (S/M) End-User membership scheme is aimed at users of tin who purchase less than 250 tonnes per annum, provide details of their planned purchases and have been subjected to onsite inspections. Qualifying buyers will be exempt from the exchange’s regular $30,000 joining fee and their membership charges will also be reduced.

The S/M users can organise one-on-one deals via the Bulletin Boards and will have a special system for purchasing tin from individual suppliers subject to a yearly maximum volume.

Depending on the subsequent feedback of S/M End-Users, these new trade initiatives have the potential to be adopted by other exchange companies and change the way in which tin is bought and sold globally. 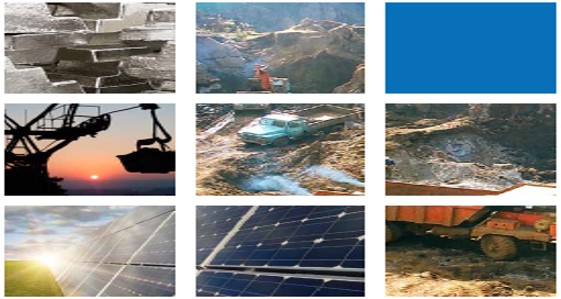 No need for a crystal ball as leading professionals discussed the future of tin at the second annual tin conference in Melbourne on Wednesday 5th November. International Tin Research Institute (ITRI), MetalsX, Stellar Resources amongst others presented findings on tin’s performance this year and future outlook.

Peter Kettle was the keynote speaker from ITRI and has been involved in tin research for over 30 years. Kettle’s view on the long term is that the story remains unchanged, stating that there is a high probability of supply shortages developing in the next five years. But that in the short term the supply surges from Myanmar and Indonesia, coupled with the weakness in key demand sectors, are contributors to setbacks in the tin price. Having said that Kettle went on to say that US$19,000/tonne (the current price level) represented the low point for tin prices as marginal producers are unprofitable at this level.

Kettle also spoke about the positive changes for tin use and production in the future. Where tinplate and solder were the past hero applications, using tin for chemicals, energy purposes and lead and steel alloys is set to increase significantly in the next ten years. He also predicted that changes in the locations of major mines will see a shift from Indonesia, Peru and China to sites in Africa, Australia and Russia.

Interestingly, Metals X’ Peter Cook stated that the Renison Bell tin mine had made great progress in improving its production performance. However, in valuing all of assets in Metals X “tin” was a freebie.

Other presentations by Kasbah and Venture Minerals were bullish about tin’s future and that the supply issues will become critical. They also agreed that patience was required as the tin price needed to be at least $25,000 per tonne in order to attract funding for projects.

The presentation by Stellar Resources was led by the managing director Peter Blight who has been with the company for seven years, after previously working for UBS, UC Rusal and Rio Tinto.

Blight discussed Stellar’s promising Heemskirk and St Dizier resources. Heemskirk is the highest grade undeveloped ASX listed tin resource and is one of only seven known tin projects that BGR – German Federal institute of Geosciences and Natural Resources (mandated to report on future supply of critical metals to government and industry) – claimed has a good chance to go to operation by 2020.

In terms of future exploration these sites in Tasmania have outstanding potential, especially with their unexplored halo of silver-lead veins.

ITRI’s seminar is also presented in Brisbane, Sydney and Perth.