EL6350 reached the end of its initial 2 year licence term on 25 March 2021. Stellar has applied for a further 2 year renewal of EL6350 in February 2020, relinquishing the previously held 73km2 area to a retained area of 38 km2. The renewal application is currently being processed by Department for Energy and Mining, SA.

Results of the 2010 drilling on EL6350 indicate that the licence is unlikely to have the potential to support a stand-alone project and as such is a non-core asset for Stellar. Stellar will benefit from the 7.1M AGE to be paid as consideration for the transaction providing an investment exposure to the uranium sector and to Alligators exciting portfolio of projects. The sale will also result in savings to Stellar in expenditure commitments and tenement management costs for EL6350 moving forward.

The retained 38 km2  area of EL6350 under renewal application contains two geologically and physically distinct blocks: the NE Block and the SW Block

A south-western block which is prospective for uranium and base metals mineralisation associated with the Hiltaba age Charleston granite. 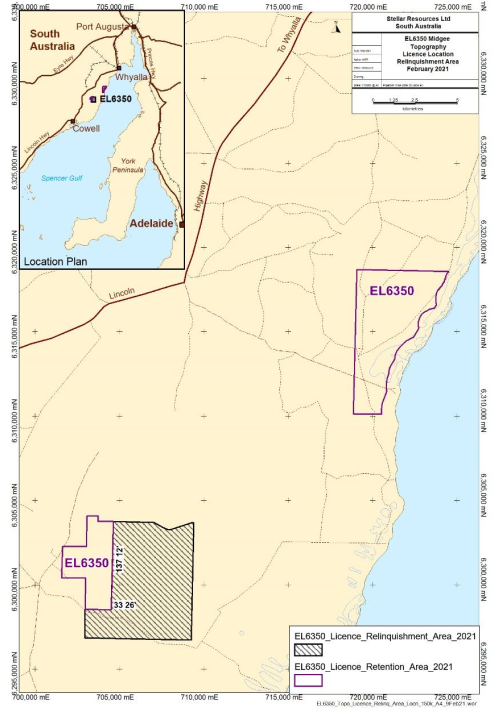 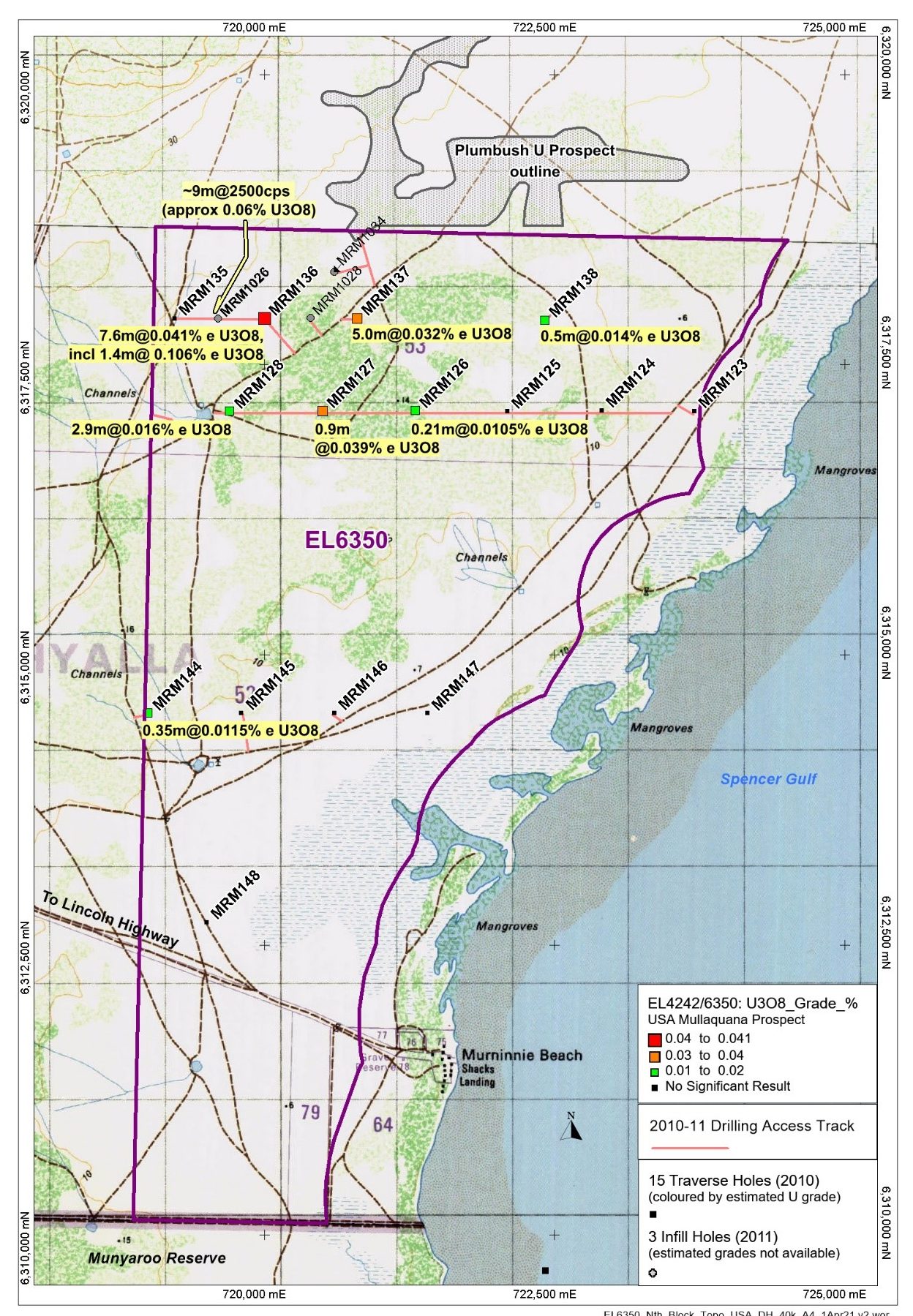 Gold deposits in North East Tasmania lie within a continuation of the Western Lachlan Fold Belt in Victoria – one of the world’s largest orogenic gold provinces.

The Western Lachlan Fold Belt in Victoria hosts the >3 MOz Fosterville Mine, Bendigo and other Tier 1 goldfields and has produced >80 MOz gold.

NE Tasmania hosts the Beaconsfield Mine (2.3 MOz), New Golden Gate Mine (0.3 MOz) and Lefroy Goldfield (0.2MOz), along with hundreds of smaller historic gold mines and occurrences. 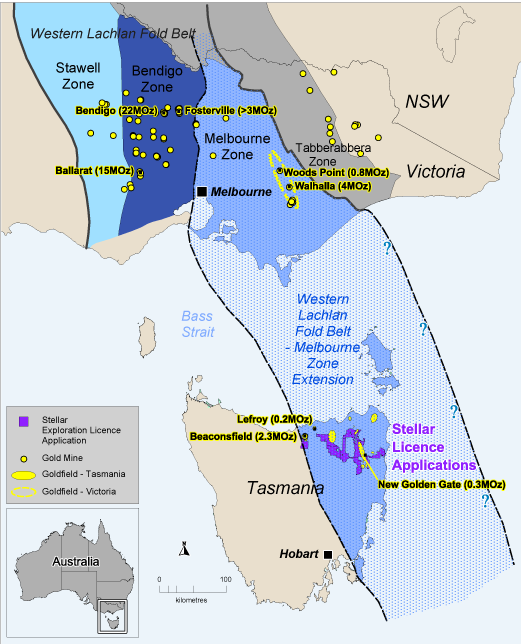 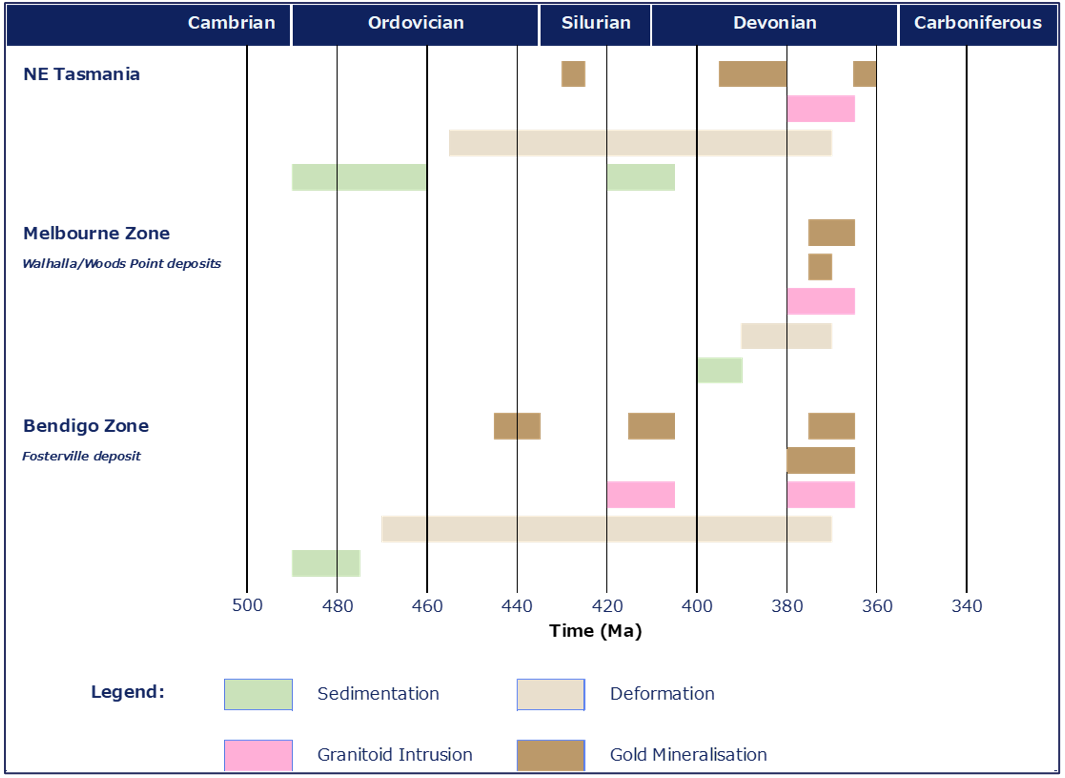 Timing of Geological Events in NE Tasmania vs Melbourne and Bendigo Zone of Western Lachlan Fold Belt in Victoria (after Bierlein et al, 2005) 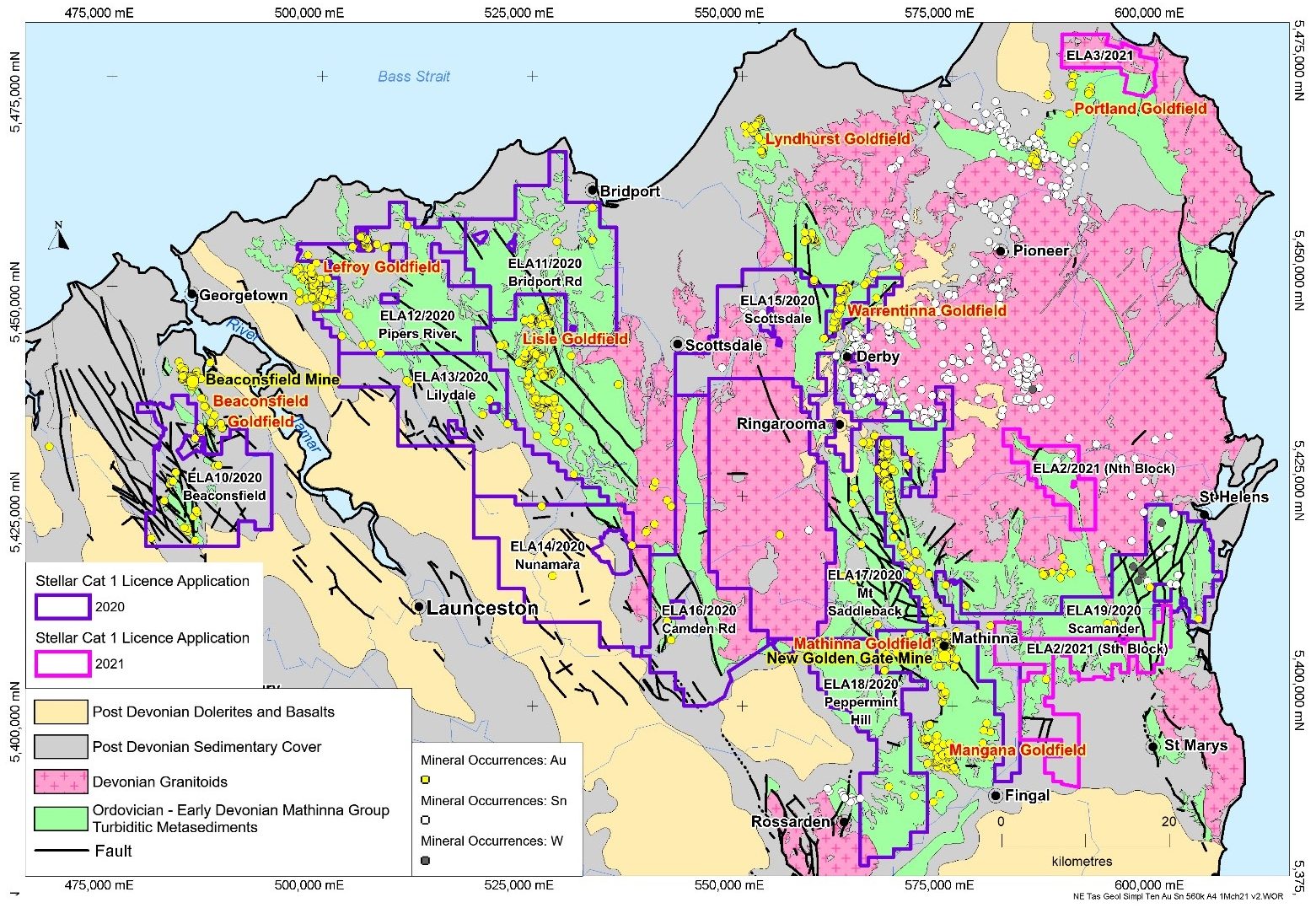 Numerous gold exploration targets have been identified within Stellar’s ELA’s areas based on the following targeting criteria:

A number of desktop orogenic and IRGS gold exploration targets have already been identified using full GIS targeting capability developed by Stellar’s technical team including; recently reprocessed aeromagnetic, radiometric and gravity data, geology, recorded gold and tin occurrences, historic drilling and geochemical data. A summary of the gold exploration targets within each of Stellar’s 12 NE Tasmania ELA’s is shown in the table below. 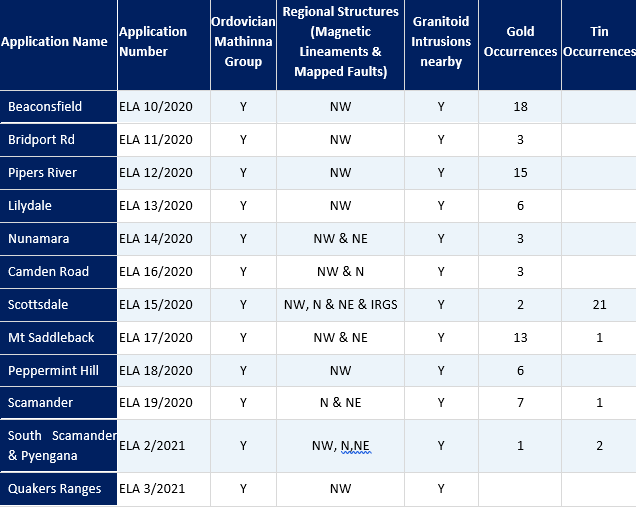